Home > Blog > How to Find Cheap Airfare for Your Vacation

Cheap airfare can be elusive. A few weeks ago I found an incredible deal for my upcoming trip to Cabo San Lucas. But by the time I went back to Kayak to book the flight, gas prices had increased considerably and so had the cost of my tickets.

It turns out it’s a good thing I waited. Today, I stumbled across a social media post from Alaska Airlines offering roundtrip, non-stop fare for $150 per person less than I had seen advertised elsewhere. The only downside is I have to stay in Mexico a day longer than I planned, but who doesn’t want an extra 24 hours of vacation?

The truth is airfare depends on so many different factors, it’s hard to make blanket statements about when, where, and how to book your tickets. Texas A&M University recently crunched the numbers and determined that weekends are the best time to book your flight. But another recent study by Expedia found that Tuesdays actually offer the lowest fares, but only by a slim margin. (Our two cents? Buy your tickets Tuesday night after 9:00 p.m., and avoid booking Friday through Monday when fares are typically higher.)

The rule of thumb is you should shop around for several weeks, use diverse tactics to look up rates, and jump as soon as you see a good deal. What constitutes “a good deal” will vary by destination, but we can fill you in on a few of the ways we find them.

Through many adventures abroad, including working in a Spanish inn making beds, cooking batches of paella, and conversing with inn guests, Christine Anderson discovered her passion for hospitality and copywriting.  She joined Grand Pacific Resorts and ResorTime last year eager to inspire others to travel through her writing. 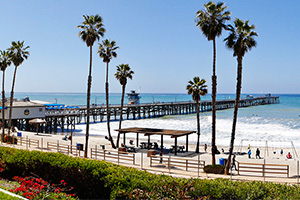